Hedging Against the “Fair Hydro” Bubble

Last summer you might have noticed a 25% rate reduction on your Hydro bill as per the “Fair Hydro Plan”. I pondered how we can afford such an impressive rate relief considering the Auditor General’s projected $133 billion in global adjustment charges over the next 15 years[1]. Global adjustment is the cost incurred for upgrading infrastructure, long-term energy contracts, maintenance (i.e. refurbishing nuclear plants), as well as costs to curtail excess power.[2] It accounts for nearly 70% of the average electricity bill. This short article will help you understand the true costs of the Fair Hydro Plan and how to hedge your home or business against future rate hikes.

Launched on July 1st 2017 in Ontario, the Fair Hydro Plan reduced electricity bills by 25%. Infrastructure had not suddenly improved nor was a smart strategy applied; the government simply borrowed $18.4 billion in order to finance this rate reduction with the promise to pay back $39.4 billion due to accumulated interest over time.[3] In the Auditor General’s report, we discover that improper and complex accounting was used to avoid showing a deficit. “The government’s proposal is to treat that loss as an asset. That’s like you treating your credit card debt as an asset in your own books. Does that sound right to you?” [4] remarked Ontario’s Auditor General.

There’s no rational reason as to why the government would make such an irresponsible move. With the provincial elections taking place this June, NDP Leader Andrea Horwarth accused Ontario Premier Kathleen Wynne of using the Fair Hydro Plan as a vehicle “to provide a political advantage for Liberals.”[5] With “$5.5 million of taxpayer funds used to run political self-congratulatory ads”[6], it’s difficult to imagine that this was not part of a political ploy. Rest assured, once the elections are over, this temporary rate relief won’t last too long.

Yet, how do you hedge yourself against something that’s totally out of your control? Voting still doesn’t change the $133 billion projected global adjustment charges. Simple answer: take control. If you generated your own power, political decisions would not hold the fate of your home or business in their hands. As crazy as that sounds, it is now affordable to generate your own power for self-consumption through solar photovoltaic (PV) technology. 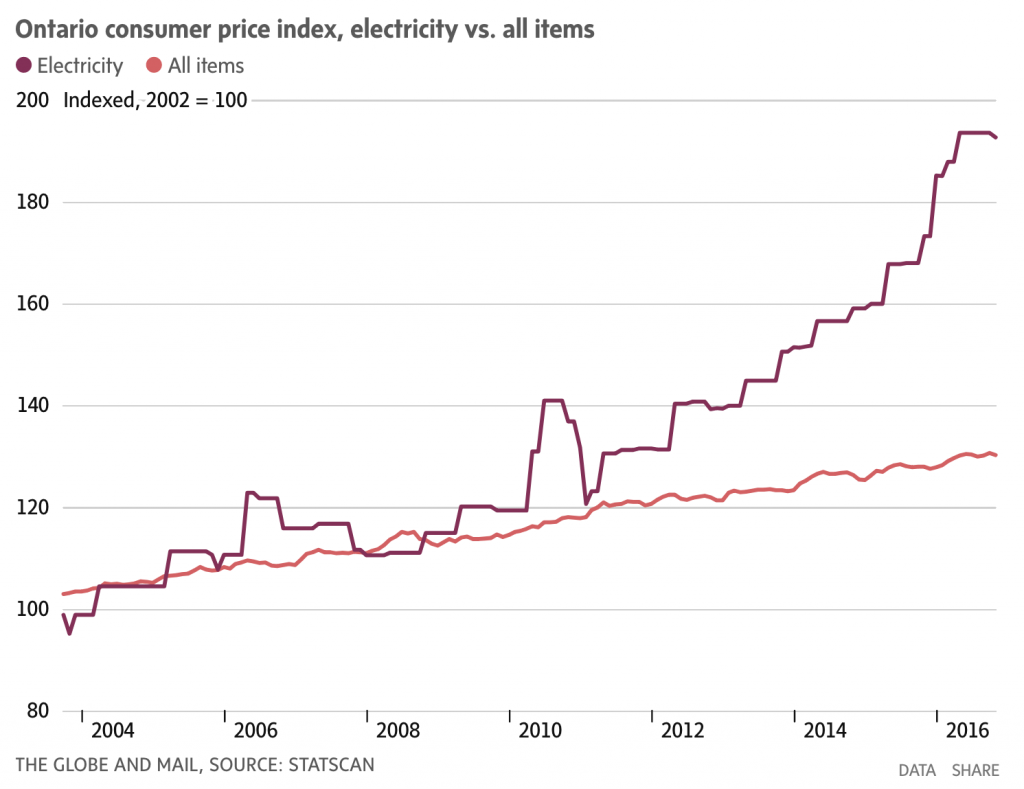 Ontario’s net-metering laws allow you to do just that with the added benefit of having access to grid power whenever necessary. With the price of electricity rising at four times the rate of inflation[7], autogenous power provides the perfect cost-saving strategy to hedge against the 6-8% increase in Hydro rates every year. Should you wish to further explore the incentives and cost-benefit of a Solar PV opportunity at your site, please reach out to us at info@ecohive.ca and we would be happy to offer our complimentary advice.

Send us an email and we'll get back to you, asap.

Sign-up for our monthly newsletters to stay up-to-date on the latest
energy trends and solar incentives in Ontario. 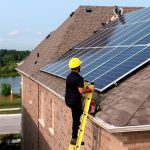